Somewhere in the Netherlands, a ThreeFold Farm is supporting the growth of vegetable crops such as tomatoes, peppers and cucumbers. 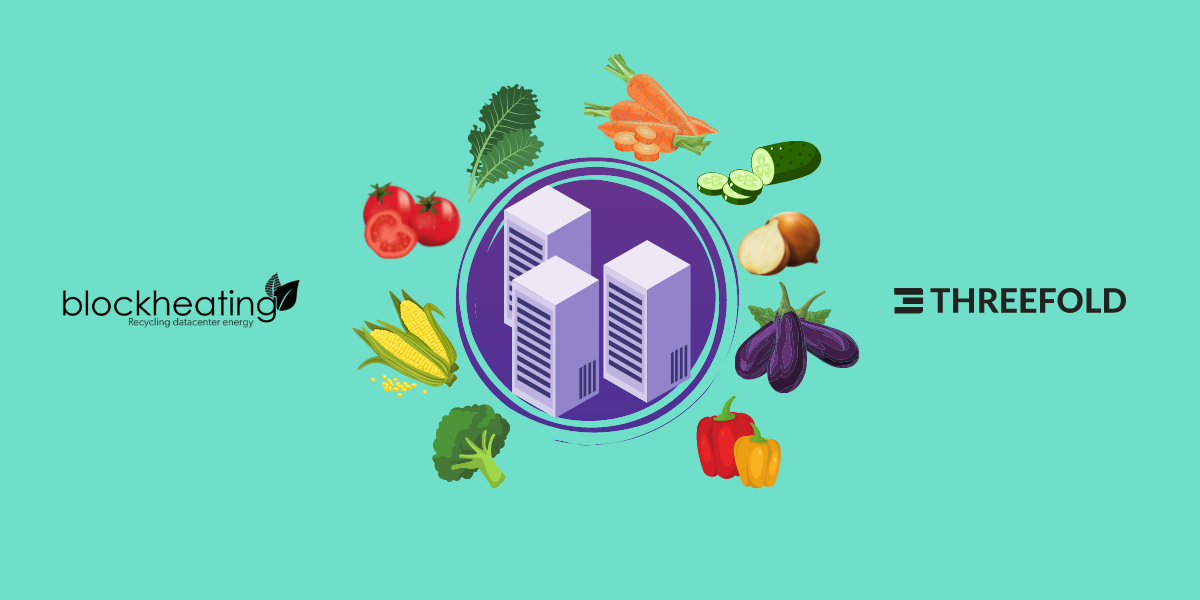 Somewhere in the Netherlands, a ThreeFold Farm is supporting the growth of vegetable crops such as tomatoes, peppers and cucumbers. By directing the excess heat generated from the hardware operations to the greenhouse next door, they are able to achieve an incredible model that benefits both hardware and vegetables.

Jeroen Burks, CEO of Blockheating, tells us everything we need to know about their sustainable farming operations. As far as he can remember, Jeroen has always been a protagonist of the “no waste” approach. He started by recycling material previously used by the tech industry, mainly in the cloud market.

“By default, most data center operations replace their power supplies every 3 years, no matter the state they are in. They are being replaced to counter any possible downtime.”

By refurbishing and repurposing “old” power units from data centers, he gives them a second life as electric tractor chargers, lithium ION pack chargers, and more.

“You just need to trick the unit into thinking it is still powering servers, add some cables here and there, and it is ready for duty.”

His quest towards sustainability started when he was challenged on a pilot project. His friend had bought a new building and was looking for the most sustainable approach to heating it. Jeroen came up with the idea of putting two server racks in the basement and using the heat from that operation, to heat the offices and spaces above. While this project was a success, Jeroen realised that it could be way more efficient, if done with other structures.

He quickly engaged with a second pilot project where he used two server racks to heat a small greenhouse. This model turned out to be a great combination, which benefited both hardware, as well as farming operations. And so sprouted ‘Blockheating’ – a data center that provides heat for tomatoes, peppers and cucumbers. Why specifically these vegetables? Well, the Netherlands has a fair amount of greenhouses cultivating them, and these ‘veggies’ need that heat during summer nights.

Right now Blockheating has around 400 compute nodes with direct cooling that stores all the heat in a buffer throughout the day, which is then released into the greenhouses during the night hours. “By doing it the way we do, we grow the internet grid, help grow vegetables and curb fossil fuel usage – in carbon negative compute power!”

Right now, Blockheating has a portion of their data center dedicated to ThreeFold Farming for a few reasons:


Blockheating envisions to scale up-to three data centers of this kind, in an interconnected way, with a fiber ring between them. By doing so, they will be able to increase their offering and have a larger impact on countering the wasteful patterns of the cloud industry.

ThreeFold is proud to have Blockheating as a ‘State-of-the-Art’ Farmer and Partner, and hopes to see many more people and companies inspired by Blockheating around the world, to expand the ‘People’s Internet’ in a regenerative way.

Find out more about our partners here: https://threefold.io/partners