The promise of Web3 is tremendous, but there are clear limitations to overcome. How? Peer-to-peer systems and blockchains, side by side. The best of both worlds. 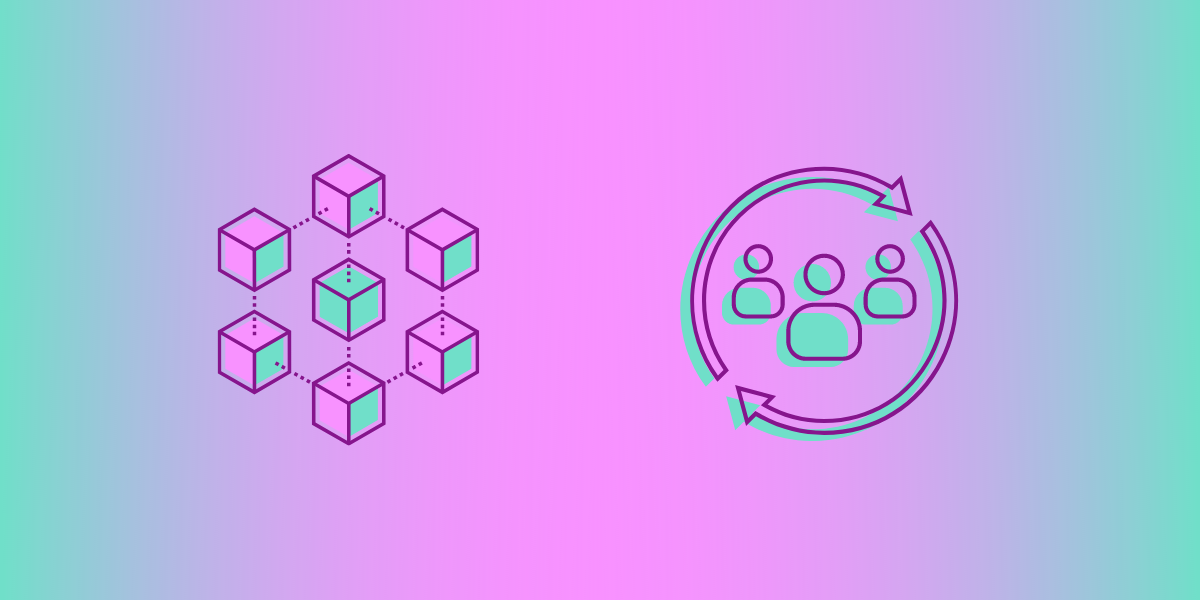 First coined in 2014, Web3 is now one of the hottest and overused buzzwords in the digital space – the idea of a new iteration of the web, a decentralized environment based on blockchain technology that incorporates token-based economics. The promise of Web3 – decentralization of control and authority from big tech, data security, scalability, and privacy for users – is tremendous. But what is a promise without delivery? Is it possible that we will see major adoption soon?


Similar to the enterprise blockchain hype that happened a few years ago, Web3 seems to be repeating the same story, with lots of chatter but lagging adoption. Millions have rushed to trade crypto and NFTs attached to Web3 – with a lot of this activity based on speculation and hype – but that doesn’t mean they will replace legacy platforms anytime soon. New approaches such as DeFi (decentralized finance) don’t have the same problem of the legacy firms, but they face the challenge of scaling and mass adoption. However, many so-called ‘Web3’ solutions are not as decentralized as they seem, and still have to show they are scalable, secure and accessible enough for the mass market. This all may change, but there are clear limitations that will need to be overcome.


Whether Web3 is a marketing slogan or a true technological trend, there is a lot of money and technology behind it. Financial institutions are embracing blockchain technology and we are seeing a rising adoption of digital assets across industries. While the idea of utilizing digital currencies to exchange different forms of value in an increasingly digital world certainly makes sense, it’s a bigger leap to say that blockchain alone can support a broad set of use cases, including replacing the current Internet infrastructure.


The Internet’s client-server infrastructure replicates data and workloads across many computers, and uses tons of computing resources and energy while limiting the scalability of our applications. However, the clear inefficiencies and gaps in security in today’s centralized infrastructures are being challenged by simpler means of building, storing and exchanging data.


Blockchain is a clear evolution to the centralized client-server model, but there are severe challenges sourced from the blockchain trilemma between decentralization, scalability and security. Peer-to-peer systems transcend those challenges as they don’t require any valid2ation or verification from a third party, and enable end-to-end connections that can scale limitlessly without the potential of being altered or corrupted by intermediaries. In peer-to-peer systems, all participants are equally privileged, presenting a fairer model. Peer-to-peer represents an incredibly simple and efficient paradigm for organizing our digital world, and has already proven to be the most efficient alternative to centralized information systems.


Simply put, there is no reason to replicate full sets of data and workloads across many computers, and use tons of computing resources and energy while limiting the scalability of our applications. While there is an increasing reliance on blockchain principles to organize our Internet systems, blockchain also makes things redundant, slow, complex and energy intensive. To be clear, blockchain isn’t the problem, as it is a great technology to store and exchange value in a decentralized way, but it is only one piece of the puzzle.


By inter-connecting the computing processing power and storage capacity of billions of computers worldwide in a peer-to-peer way, data transfers could happen end-to-end between people and machines without the need to be verified. Peer-to-peer is also the only way to achieve a truly self-sovereign Internet – creating a ‘trustful’ environment that allows users and developers to have real data ownership.


With the rise of emerging technologies, a new technological foundation is needed to protect our sovereignty and freedom. The rise of blockchains, while well intended, ultimately has made the technological space more complex than ever before, and still benefits a plutocratic few (relative to its promise). More than just technology, peer-to-peer opens a world of new possibilities for humanity to co-initiate new paradigms and experiences.


Support the realization of a peer-to-peer Internet owned by the people today: